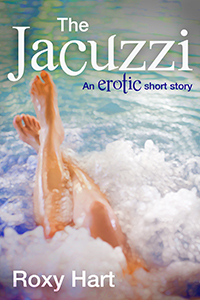 Buzzing with anticipation, I finished unpacking my suitcase, the air conditioning finally cooling down my skin after a hot and sweaty car ride from the airport. I took a deep breath and closed my eyes, smiling at the sound of exotic birds outside the balcony doors of my suite. It would be the first time I’d seen some of the old gang for more than just a quick post-work drink for a whole long five years, since we’d all graduated from the London City University. After three years of partying, studying, laughing, and crying together, we’d grown as close as siblings, best friends, and even spouses in many ways, and had all been sad to lose the connections our time in the shared house had forged. I couldn’t help but wonder how the five years between then and now might have changed us all, and the dynamic between us.

I’d seen Sarah quite regularly for the first couple of years, until her career had moved her away and I still saw Hugh fairly regularly for the odd lunch or out and about in town, since we both still worked in the City. But the others I hadn’t seen since that weekend in Majorca – the graduation celebration holiday. My cheeks flushed as a memory flashed across my mind: the hot tub, cheap wine and loud laughter. The suggestion, and the thrill of excitement that had followed. I really hoped it wouldn’t be weird – seeing each other again – but surely not. We’d all grown up and moved on. I vowed to push those thoughts and memories aside and not allow them to make me awkward, to make things feel odd.
After stashing my empty suitcase in the closet by the door, I surveyed the room with a sigh of satisfaction. Neat, tidy, and organized, just how I liked things. It was a beautiful suite – a beautiful hotel. I fingered the smooth glass of a bottle of wine in an ice bucket on the coffee table, smiling at the note from hotel management welcoming me to the resort. I loved these little touches, the special treatment that came with being successful. Money really could buy almost anything. I was used to living a life of luxury now, though I’d worked damn hard to get here.
It was a vast contrast to the Majorca holiday – two cheap self-catering apartments with no air conditioning and some rather undesirable six legged guests. The change of location, for one thing, was a world away – a luxury resort on a remote island in the Indian Ocean – reflecting the rapid growth of our successes and our bank balances. We were doing it in style this time. I slipped off my sandals and ran my bare feet over the smooth marble floor. Heaven.
Usually all my travelling was work related; it was something of a novelty to be on holiday purely for pleasure. My skin tingled as it really sunk in that I had a full week ahead in this stunning place with nothing to do but relax and enjoy myself. Could I really forget about work? I’d certainly give it my best shot. I eyed my laptop, already set up on the desk, and stopped myself from going over to check my emails. I was on holiday. Emails could wait. My assistant was taking care of all my accounts while I was away, and he was competent enough, or so I tried to convince myself. I poured myself a glass of the wine, took a sip and then set the glass down. Crisp and fruity, perfect.
I unbuttoned my linen shirtdress and let it fall to the floor. Then my underwear. I bent to pick them up and tidy them away, but then stopped myself. Screw it. I was here to relax. It felt good to strip off after the long plane journey and the sweaty ride from the airport to the hotel. Picking up the cool glass of wine once again, I walked naked to the sliding balcony doors and pulled them open, gazing at the ocean view. It really was paradise, just like the brochures had proclaimed. A wash of pastel hues as far as the eye could see; soft blues and even softer yellows, accented by the lush greens of the tropical foliage.
Checking my watch, I realised it was eleven thirty. I’d be late to meet Sarah if I didn’t hurry. She’d arrived the previous evening, and the others would all be here mid-afternoon. I really wanted the chance to chat with Sarah before the fellas arrived.
After a quick shower I dressed in a white knee length sundress, slipped on a pair of white sandals and sat down at the dresser to blow dry my sandy hair before it frizzed up in the moist heat of the island. A smudge of lip-gloss and a coat of mascara later and I was ready.
I wasn’t intending to check my emails before I left the room, but the little ping to alert me of a new message happened to catch my attention just as I passed the desk. I swiped my finger across the mouse pad automatically, and almost groaned when I saw my inbox. It wasn’t the long list of client emails that bothered me, they were to be expected and were being handled back at the office. It was the most recent email that made my heart sink a little: Edward Summers. My (very recent) ex-boyfriend.
I really didn’t want to read anything Ed had to say right now. I didn’t need to hear again how I was too emotionally detached and career focused. In all honesty, I didn’t want to be forced to wonder if there was some truth in the accusation, especially since he wasn’t my first ex-boyfriend (or friend, or sibling, or parent for that matter…) to say such a thing. No – I wasn’t going to let anyone detract from my buoyant mood, not even him.
I could spend time thinking about things other than work. I could relax, let go, and have fun. In fact, that’s exactly what I was planning to spend the next week doing. I closed the lid of the laptop resolutely and grabbed my handbag.

Hope you enjoyed The Jacuzzi!